Animals and their Food Habits

Food is the basic requirement of all living organisms including animals. Food is required not only to satisfy the hunger of an animal but it is needed to regulate the energy flow in animals. Animals need energy to perform daily activities.

If we take an example of wild animals- a herbivorous like zebra or deer need a lot of energy to escape from its predator. On the other hand, a predator like a lion or a tiger also needs tremendous energy to chase its prey.

The life of a wildlife animal is quite challenging where it always needs a high energy level to compete with other animals.

As animals are also an important member of the ecosystem, hence we should have some knowledge about these members. Here you will get to know the different animals and their feeding habits. It will help you to understand the food habits of the animal. The animals that depend on other animals to satisfy their hunger come under the carnivorous category. These animals eat the flesh of other animals such as tigers, polar bears, lions, jaguars, wolves, crocodiles, foxes, etc.

Carnivores get energy and other nutrients mainly from animal tissues. These animals are apex predators as they occupy the top seat in a food chain.

The carnivores have well-defined canine teeth to kill their prey with occasional numbers of molar teeth.

Herbivores get energy only from plants. As far as the digestive system of herbivorous is concerned, they have a special digestive system that allows them to digest different kinds of plants.

Herbivores have strong molar teeth as they need to grind their food for easy digestion. They have very small (similar to non-existent) canine teeth irrespective of carnivore’s teeth.

These animals are generally known as opportunists as these animals and their feeding habits are a combination of both carnivores and herbivores.

These animals are omnivores because they feed on plants as well as the meat of other animals. For example- bear, cat, dog, chicken, rat, pig, skunk, etc.

These animals and their eating habits provide them a long-term good health and reproduction benefits. There are some insect omnivores such as parasitoid wasps that behave like carnivores and herbivores in different stages of their life.

They feed on other anthropods in larval stage whereas in the adult stage they feed on nectar. These animals act as pollinators as they play an important role in the life-cycle of some plants.

As omnivorous animals and their eating habits are similar to both carnivores and herbivores, hence they have a combination of teeth. They have sharp front teeth to eat flesh as well as molar teeth to grind their vegetarian food.

Scavengers are animals that feed on dead remains of other animals. These animals play an important role in the environment. They act as decomposers and contribute to the nutrient cycle.

For example- vulture, hyena, etc. If scavenger had not been present in the ecosystem, it would have been full of dead remains of other species.

Scavengers have a very strong digestive system that allows them to consume the leftover of other animals. Their immune system supports them tremendously which protects them from the adverse effects of eating decaying carcasses.

Animals with their unusual food habits

Some animals have unusual ways to feed. These animals consume anything they find easily, whereas some others are quite fussy in their food habits. Here is a list of animals and their food habits that may sound quite unusual to you.

Hyena is a very flexible animal that almost eats anything to survive. It feeds on the leftovers of other animals or sometimes even steal food from other big cats like a lion. As they know how to grab an opportunity, they even eat bones, hooves, horns, hair, etc. to calm down their hunger.

Some herbivores like cows, goats, camels, sheep, and giraffe, etc. have more than one stomach unlike us. These animals have four stomachs.

Since they have enough space in their stomach to store food they consume quickly once they come across anything edible. Later on, they chew their gobbled food patiently to enjoy it.

Have you seen a starfish? It is an amazing sea creature but it has a very odd food habit. Starfish moves its stomach outside the body to eat food.

Once caught a food item, the starfish fills it with digestive juices and waits for some time. Once its prey becomes soft enough to eat then it consumes its food patiently.

An African egg-eating snake takes too much to eat which is very tough for it to manage. They swallow eggs that are much bigger than their head. It got stuck until the eggs are cracked and later on the shell is spat out.

Civet cat likes to go tipsy. It usually feeds on birds, scorpions, small rodents, etc. and also loves to have palm juice (when it gets a chance).

Palm juice is its favourite drink. If civet cat drinks much amount of fermented palm juice it goes tipsy and also falls out of their tree.

Chimpanzees take good care of their health. They know how to get well soon when they fall sick. They eat a leaf from one tree & a leaf from another tree and very soon they get relaxed from their belly problems.

Koala is a cute little animal but you may be surprised to know that it is a gourmet. It feeds on eucalyptus leaves. It may consume many pounds of leaves in a day. Koala is very particular in accepting eucalyptus like a connoisseur.

This is not the end of the list of animals and their food habits, these are many more animals with different feeding habits.

All the animals and their feeding habits are variable whether it is a flesh-eating animal or plant-eating animal.

No matter what animals eat but the important thing is that each one of them is important to the environment. They play a vital role in balancing the energy –flow in the ecosystem. 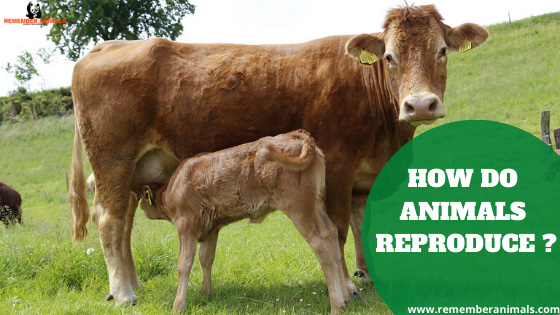 How do Animals Reproduce ?