Well, Insects are invertebrates, and they belong to the kingdom Animalia and phylum Arthropoda.

If you do not know, let me tell you Arthropoda is the largest group of organisms in this world in which class Insecta is the group where all insects are categorized and takes the most considerable portion.

Insects are very easy to identify. That means a little kid can also recognize a creature like an insect. But there are some exceptions like spiders.

What do you think about prawn? Are they insects too? Or do they belong to other groups? A butterfly is an insect for sure, and most of us are aware of the fact that butterflies are the adult form of caterpillars. So, what about a caterpillar? Is it an insect too?

There is too much confusion, right? That is why in this article we are going to explain all the essential facts about different types of insects, which you must clarify before teaching your child. Let’s dig deeper.

How to Identify an Insect?

We already explained the classification of insects, i.e., all insects having the class Insecta. However, do you know that the creature you identify is an insect or any other organism?

You will clear your doubts by knowing the identifying characters of an insect. The following are some characters an organism must have to become a member of class Insecta:

*Now it is clear that caterpillars are also a type of insect having no wings.

What do you think about prawns? Are they insects?

Well, prawns are aquatic creatures and have ten legs rather than 6. Most people consider them like fishes and some as insects. Yet, it is neither of them. It belongs to the class Crustacean of Phylum Arthropoda and hence closer to insects than a vertebrate fish.

After understanding the identification and classification of insects, now let’s know how many types of insects are there and what are the most common types.

There are around 900,000 kinds of insects discovered in which around 3 million different types of insects’ species are there. So, it is obvious we need another birth to discuss all of them at once.

Now let’s discuss the most typical types of insects we see every day. Basing on the flight, if we categorize insects into two parts; then we will get

There are lots of insects who can’t fly or can fly in a particular section of their life cycle. They generally crawl, and we can classify them under crawling or non-flying insects. Let’s know some interesting facts about a few of them.

You can imagine the design of a building by a professional architect. But have you heard of a natural one? Well, Termites have infraorder Isoptera and epifamily Termitidae.

They make massive infrastructures with mud. However, they are destructive as well. A great feature seen in termites is a division of labor similar to bees and ants.

Some termites have wings, and they can fly for a shorter period. But not all, and thus, termites belong to the non-flying types of insects.

Crickets are another type of insect having an order Orthoptera. You can quickly identify a cricket without seeing it by listening to its chirping sound.

They have long antennae, omnivorous, and nocturnal. Most male crickets sing with different types of music.

The most common crawling insect known best for their discipline is an Ant. Ants come under the family Formicidae. Ant bite contains an acid, namely formic acid.

Ants have 12,500 identified species. They live in colonies, and they also have a division of labor.

According to that, there are mainly three different kinds of ants like female workers or soldiers, males, and queen.

Bed bugs are a type of parasite insects belonging to the family Cimicidae. These are found in the bedroom. They feed on human blood similar to lice; however, these creatures suck blood from any part of the body while sleeping.

Some kinds of skin irritations are related to bed bug bile due to its saliva. The bite usually is painless and doesn’t have significant harm.

Another common type of insect is Grasshopper. These are the members of the family Acrididae. An amazing fact about Grasshoppers is that they have auditory organs on their bellies.

The intermediate stage of a Grasshopper is known as Nymph, which seems similar to its adult parents but has no wings.

Grasshoppers are excellent jumpers but can fly as well. They migrate during the cold season to search for food.

It’s impossible that you have never seen a Cockroach. They are always found in the kitchen. Cockroaches belong to the family Blattidae.

Cockroaches are super runners, isn’t it? They can migrate to 3 miles per hour. A fascinating fact about Cockroach is that they can live without their head for a week but can die with thirst when the mouth is missing.

Further, they can easily live without food for a month. Cockroaches have compound eyes of 2000 small units known as ommatidia. Therefore, they have a mosaic vision.

Butterflies, moths, like flying insects’ life cycles, go through an intermediate larval stage. Here these insects don’t have wings developed and very different from their parents in looks.

These caterpillars and silkworms have a great ability to crawl and are big feeders. Such insects are attractive in colour and feed on different types of leaves.

Fleas are another kind of blood-sucking parasite which causes skin itching and irritation.

They belong to the family Pulicidae and order Siphonaptera. These are warm-blooded animals that are recognized as a real pest found at home.

Besides the above seasonal flyers or crawlers, there are some prevalent type of flying insect species, and these are such as;

Dragonflies are flying insects, and kids just love such types of insects. It comes under order Odonata and infraorder Anisoptera (winds are of different sizes).

Like most insects, Dragonflies contain compound eyes (several subunits). In the life cycle of Dragonflies also intermediate stages, i.e. Nymph or naiads, are present. This form lives in water.

These are predators in every form of life.

House flies are annoying insects that frequently exist in human beings. These are members of the family Muscidae and order Diptera.

Houseflies are vectors or carriers for several microbial diseases. Like silkworms and butterflies, house flies also contain a larval form and a pupal form.

The compound eyes of these flies allow them to see the 360° view. They feed on a liquid diet and can taste through their legs.

Fruit flies also come under the order Diptera but have the family Drosophilidae. These have the scientific name Drosophila.

Drosophila or fruit flies are those on which several genetic experiments were done and thus known for several medical discoveries.

Butterflies are the most beautiful insects we are always attracted to. These belong to Order Lepidoptera.

There are about 15000 to 20000 different species of butterflies discovered yet. Mostly Butterflies feed on plant nectars.

These colorful creatures have four stages in their lifecycle such as egg, larva (caterpillars), pupa (chrysalis), and adult butterfly.

Moths have the same lifecycle and belong to the same order as butterflies.

Bees are a member of the order Hymenoptera and family Apidae. They have around 20,000 species, and they are the pollinators for most crops.

They produce honey and feed this to their little ones and further eat honey in their winters. Here also colonies and division of labor are seen.

Parthenogenesis is a particular type of reproduction that takes place in bees, and through this, sterile drones are formed.

Female bees or queens are the leaders of the whole hive. Three kinds of bees are seen in a hive, i.e., queen, workers (fertile male), drones (sterile male).

Wasps belong to the same order as bees and appear similar to bees. They are different in some functionalities—however, both bees and wasps sting.

Besides some exceptional places, Mosquitos are available everywhere. These are vectors that spread several deadly diseases like Malaria, Dengue, Yellow Fever, etc.

There are different other types of insects; we can’t discuss them all. All insects have different characters and contain several attractive facts.

The study of insects is known as entomology. There are various other insects that are still needed to identify and study.

In this article, we have covered some common types of mosquitoes with several interesting facts. Let’s know what you are thinking about other commonly seen insects around your living area in the comment section. For more such information follow us. 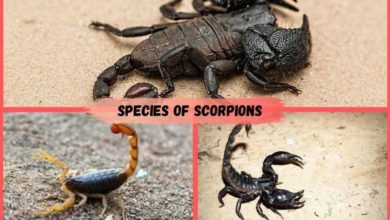 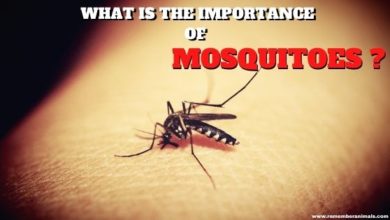 What is the Importance of Mosquitoes in Nature?