The dog is a common animal that you can find in most families. It belongs to the family “Canidae” of order Carnivora. A dog is the subspecies of grey wolves and is a relative to jackals and foxes. For thousands of years, humans had them as hunting companions, protectors, and friends.

Nowadays, they rule the list of pets, and second on the list is cats. Dog breed information provided through the research shows that they have been that companion for more than 12000 years.

The myth goes that dogs evolved from grey wolves over time into distinct 400 breeds. The data about the evolution of dogs is unsettled, but the only thing sure is that they had a keen sense of smell and sight.

Relation of Humans and Dogs

Humans Societies have taken these traits and developed them over time with the help of genetic engineering creating new breeds as the desire arose. Now they define the meaning of the importance of a pet in society.

People hold different perceptions about dogs across the globe. In western society, especially in America and Europe, dogs symbolize friendship, protectiveness, and affection.

While in some other parts, such as Asia, dogs have opposite esteem. They are food, guards, etc. In Egypt, a dog holds religious prestige and is sacred.

All dog breeds have different traits. They are different in shape, size, habitat, etc. The home of all animals is different; similarly, other species living in different regions require unique home suiting their climate.

So let us take a look at the different types of dogs with pictures. Indeed there are the breeds whose name you have not even heard. So here we provide some dog breed information to you.

This breed of dog is easily identifiable because of its silky, fine, thick coat. To endure the harsh weather of the cold mountain ranges of Afghanistan is the reason for procreating this species.

This landrace of dogs is common across Southern Africa. It is slender, built with a short coat, and appears to be like a cross-breed between Greyhound and Dingo.

Alaskan malamute is a considerably large breed of dog. The endurance to carry heavyweight and strength is the reason for breeding this dog. Alaskan malamute has a double coat with an oily and woolly textured undercoat and coarse outer coat.

The purpose of breeding this dog breed is for using it as a sledge dog. It is a blend of Nordic breeds, keeping in mind the preference of the breeder.

This breed of dog comes from Germany. It has a tight-fitting smooth coat. Generally, this dog is of white, fawn, or brindled colour.

Bullmastiff is a domestic dog that is solid on the physique with a short muzzle. It is the result of a mix between the extinct Old English bulldog and English mastiff.

This breed of dog has small erect ears and is small and compact. It is friendly, brilliant and you can efficiently train them, says AKC.

Famous for its uniquely marked white coat with black or brown coloured spots, dalmatians are domestic dogs. They are of medium size and were carriage dogs in the olden days.

Also famous as sausage dog, a dachshund is a long-bodied, short-legged, hound-type dog breed. The main reason to develop this breed of dog was to chase away badgers and other burrow-dwelling animals.

This dog is of Dutch origin. This beautiful dog is used in herding animals in fields, farms, and pastures and is highly adaptable. It can also withstand harsh conditions.

English Mastiff is a breed of a large dog with a short coat, massive head, and enormous size. These traits differentiate this dog along with its black mask.

Originating in Germany, this dog breed is of spitz type. It is easy to train and is known for its companionship.

French spaniel has been famous since the middle ages as a hunting dog. Father Fournier saved this breed from extinction in the 20th Century.

Also famous as Brazilian Mastiff, it is a large working breed of a dog made in Brazil. It also has an excellent tracking ability and is unforgiving and aggressive.

This dog is a companion dog, and it is a cross between the local ratters in Paris, France, and the Toy Bulldogs imported from England. Their temperament is mild.

The original name of this dog is “Alsatian Wolf Dog”. It is a medium to large-sized breed. It is a herding dog developed in 1899 to herd the sheep. You can also see them as police dogs, disability assistance dogs.

The name implies this breed of dog used to retrieve sot waterfowl as upland game birds and ducks. Golden Retriever has a soft mouth which keeps the shot game bird undamaged.

Also famous as the German Mastiff or Deutsche Dog, this dog comes from Germany. In Middle Ages. Great Danes were hunting dogs being one of the giant dog breeds in the world This dog is a breed of German dog used for keeping an eye on farms or yards. Its name also implies the same. It is a medium-large size dog excellent for families.

Having the nickname of Indian Pomeranian, this dog was famous in India in the 1980s and 1990s. It was brought to India by the British in the 19th Century.

This dog is from Ireland and is one of the oldest terrier breeds. It is a compact-sized dog suitable for both city and rural environments.

With its origin being in England, this dog is capable of hunting foxes. This small terrier principally has a white body with a broken, rough, or smooth coat. It can come in any color.

It is also famous as the Japanese Spaniel. Japanese spaniel is a toy breed that is suitable as a companion dog or lap dog. It is unique because of its large eyes, short, broad muzzle, and ear feathering, etc.

This dog is a native of Finland. Karelian bears possess excellent ability to hunt with quick reflexes and fearless nature and are a national treasure in their home country. Karelian bear dog hunts wild boar, moose, and black bears.

Curled tail, short-muzzled and wrinkly body are famous traits of pug. With its origin in China, the pug came to Europe in the 16th Century. Also, popular as Continental Toy Spaniel, this is a small dog breed. It acquires its name because of the butterfly pattern on the ears.

The name gives away its origin. Russian Toy is a tiny breed of dog, with its origin in Russia. Twice nearly extinct, its population got better in the 1990s.

Samoyed is a medium-sized dog breed used for herding. It has a double layer, thick coat just like the spitz breed.

It is also famous as Aberdeen Terrier. This terrier is a small breed dog and has a wiry outer coat and dense outer coat.

As the name tells, Spanish water dog is excellent at retrieving things from water. This breed is a guard and sheepdog. It has a curly coat, flathead, and distinctive ears. It is a Hungarian breed and is a good family dog. It has an impeccable ability to train and track with its excellent sniffing ability. Although they are well-mannered, sensitive and affectionate, they are protective.

Initially made for hunting, the Weimaraner came into the world in the 19th Century. It catches the deer, boar, and bears for royalty during their hunting games in the early days

It is one of the many breeds of the terrier with fantastic energy and intelligence. Since it is super energetic, it requires regular stimulation, attention, and exercise. Dogs are the most loved pets around the globe. They are caring, gentle,  and obedient to their owners. Here we provide dog breed information so that you may get familiar with some of the breeds.

The list is endless. There are more than 400 breeds of dogs; some exist naturally, and some through the advanced technology of genetic engineering. Here we provided the list of the types of dogs with pictures. We hope this dog breed information with pictures article helps you. 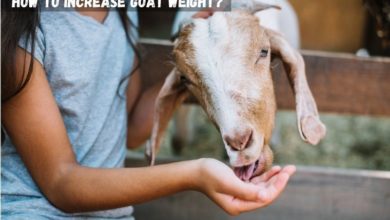 How to Increase Goat Weight? 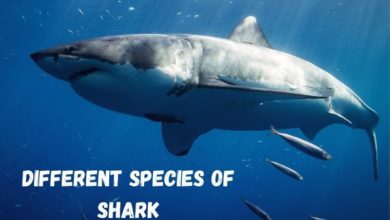