Understanding how do animals reproduce?

How do animals reproduce? The process of producing offspring having similarities (biologically or genetically) with the parent organism is known as reproduction.

It is a biological process that helps in the continuation of a particular type of animal species from one generation to another through animal reproduction.

The Reproduction process is known as the main feature of life on the planet. This process plays a vital role in the survival of millions of animal species. However, the animal reproduction system is not similar in all the species.

There are two types of reproduction in animals

This article will help you to enhance your knowledge about the reproduction of animal and life forms on Earth.

Types of reproduction in animals

It is a process in which only one parent organism produces a genetically identical offspring is known as asexual reproduction.

The organism created through asexual reproduction is less diverse, making it more susceptible to nutrition deficiency and various diseases.

However, this process occurs in many eukaryotic single-celled & multi-celled organisms. Asexual reproduction in animals has been further classified into several types.

In this type of animal reproduction system, a cell splits into two cells (each cell carries an identical copy of DNA from its parent cell).

The process through which a small bud-like outgrowth (bud) produces a new individual is known as budding. The bud remains to attach to the parent organism until it grows entirely into an adult.

Once it has grown up, it detached from the parent body to live an individual life. Budding reproduction usually occurs in some invertebrates like hydra and coral as well.

In hydra, the bud detached from the parent organism once it is fully grown, but in coral, the outgrowth does not separate. Instead, it multiplies to form new colonies.

In the fermentation process, the parent organism splits into many parts to regenerate several new individuals.

However, fermentation is a natural animal reproduction system, but sometimes it may occur through accidental damage or predator’s attacks.

Parthenogenesis is a kind of asexual reproduction where an egg (without being fertilized) develops into a new individual.

The offspring produced through parthenogenesis will be either haploid or diploid, depending on the species.

In the case of bees, ants, and wasps, parthenogenesis is used to produce haploid males (drones) and diploid females (workers and queen) through fertilized eggs.

Parthenogenesis also occurs in some vertebrate animals like some reptiles, amphibians, and fishes.

The reproduction process in animals where the male and female gametes produce an offspring through the fusion of both the gametes is known as sexual reproduction.

Even reproduction in domestic animals also occurs through the sexual process.

Domestic animals (pets or farm animals) are an essential part of our life. Domestic animals’ reproduction helps increase the number of species so that we can use more animal power to gain more profits.

How do Animals reproduce in sexual and asexual reproduction?

Reproduction refers to the production of new individuals of the same species or sometimes of two different species. However, it is a natural process to maintain the balance of the natural cycles in the environment, but sometimes, this process is practised through artificial methods to increase productivity.

Animals’ reproduction system is an advantage for the ecosystem, whether it occurs through a natural or artificial means. 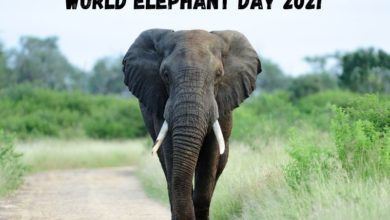