How to Raise the Pigs

How to raise the pigs? This question often comes to the mind of people who plan to keep a pig or pigs in their home or farms. The pig is one of those few animals which are used for business purpose as well as can be kept as a pet. Pigs provide meat for pork, lard, and bacon which is one of the main reasons why pigs are raised by people.

Despite their popular reputation of laying in the dirt, they are a lot cleaner. Pigs being sociable and intelligent in nature can be easily trained. They can be obedient if you train them and can be stubborn and curious at the same time. Make sure not to treat them poorly as it can be dangerous.

So, before you buy pigs, you need to know everything about pigs,  how to raise the pigs?

The average adequate space for a healthy pig is 50 square feet. Keep in mind if possible, to make the pen twice as long as wide. If you wish to keep your pigs in the barn, keep in mind that you will have to take out the manure they produce out of the barn.

Pigs like to dig, so to prevent them from digging, build a woven fence that is “hog tight”. Also, use a board at the bottom to dispirit digging. The accurate way to build your fence is with the woods first. Build a wooden fence around the area, once it is built, attach 4*2 welded wire inside of the wooden fence. This will make the fence robust so that if the pigs try to push it won’t go anywhere.

Pigs need shelter from direct sunlight in summer because they can develop sunburns. In winters, on the other hand, the younger pigs seek shelter from the cold. So the best way is to build a three-sided roofed shelter inside the fence. The shelter does not need to be more than 4 feet tall in height.

Do not seal the shelter completely, leave some partial openings in the eaves of the structure, so that the heat can escape during the hotter months. Smaller pigs have problems maintaining their body temperature in winters. Keep hay inside the shelter area so that they can warm themselves.

Some of you might not know that the pigs do not have sweat glands, because of which they find it hard to cool themselves during the summer season. This is the reason why pigs always search for pits with mud in it. Consider making a mud wallow for them, it will be a swimming pool for your piggies.

To make a mud wallow create a partition in the pen so that their food, water, and hay do not mix. Plough the earth where you plan to make the wallow, and add water at least twice a day (more if you live in a very hot climate). Keep in mind the following points if you are planning on making a wallow for your pigs.

A 100lb pig produces average manure of 1.6 pounds each day. This manure can be used to fertilize your gardens and crops or if you want you can sell it to the local farmers or gardeners who may not have a supply.

You must be thinking, we are discussing the shelter arrangements of the pigs. What about the main question that is, how to raise the pigs? Well here’s the main part. Things you need to do for raising your pigs well.

As the pigs grow most in warm weather, consider getting them in early spring or late summer. If given constant food and water, at this time of year a 50-pound piglet can become 250 pounds in just 100 days.

Pigs drink a lot of water to maintain their body heat, so you need to keep their tub filled throughout the day. Root the tub to the ground because the pigs will most likely tip the tub over and play with water.

As pigs eat a lot, you should use a pre-mixed feed. This will be a sure way to give your pigs the well-balanced diet they deserve. A pig should gain at least 1 lb(0.45 kg) per day, according to this ratio a 50-pound piglet should get 16% protein and a 125-pound pig should get 14% protein.

Sometimes called living garbage disposals, pigs can eat anything. This is a pretty accurate statement. However, keep the feed as the main course and give them leftovers as the side dish. You can give fruits, vegetables, garden clippings, but make sure not to give them only scraps. Raw meat, raw potatoes can be both poisonous or might carry bad bacteria. Keep in not to feed the only scraps.

As pigs lay around in mud and manure all day, they have a tendency to get internal parasites. Ask your vet to prescribe anthelmintic to de-worm your pigs. Vets suggest de-worming the pig every four to six weeks is mandatory.

Pigs generally are not aggressive in nature, but you never know, it’s an animal. So always keep “sorting boards” nearby when you move pigs back to into their pen. A 100 lb pig can pack a mean strike if it hits your leg. Sorting boards are expensive at feed stores, you can make your own at home. Get a rectangular cut out (30” X 48”) across the top and sides, then attach the handle. Your sorting board is Ready! 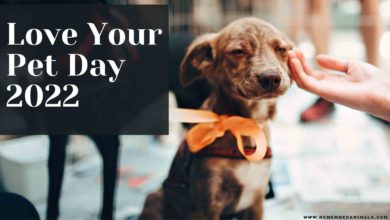 Facts about Ants for Kids