IS IT SAFE TO SWIM WITH  DOLPHINS?

Many people feel captivated by the intelligent and convivial nature of dolphins. So, the question arises, is it safe to swim with dolphins?. The face of a dolphin gives the illusion of happy and smiley nature. Mostly misinterpreted as an easy-going and friendly sea animal. But they can be violent as well.

Well, first let us see the contrast between captivity-bred and wild dolphins. The very essence of these mammals makes them unsuited for imprisonment. In untamed conditions, dolphins live in large groups (referred to as pods), often in tight family units. The social bond last for many years. In some species, it is for a lifetime.

Dolphins travel extensive distances each day, sometimes staying in the same place for hours or days, other times they swim in straight lines for hundred miles. They move along the coastline several miles and then turning back to go wherever they came from.

As the air is vital for the birds to soar, so is the water for dolphins. It is most important for them as they can freely move side to side and up-down. However, dolphins never stop to rest.

They never come to shore. They are always attentive to even the slightest movement in the water and are always moving. Keeping this in mind, it is burdensome to imagine the catastrophe of life in captivity for dolphins.

The captivity-bred dolphins must stay in closed tanks. They are not able to move freely and swim as fast as they want to in open water. They never get to interact or come across other sea animals.

Their life is pretty much stagnant. Swim in a limited space, wait till it’s time to be fed, face the aggression of other dolphins from different pods, and interact with humans. After shedding some light on the living habits of dolphins, it would be easy to decide, is it safe to swim with dolphins?

Who doesn’t look forward to spending quality time with family? Loving a well-deserved vacation? Everybody does! The exhilaration and expectation always ramp up when you look up to try new activities on your vacations.

Despite the all-pervasive pictures of happy-looking dolphins and smiling children you’ve seen before many times, don’t be deceived by the smile of Dolphins. Dolphins living in bondage suffer silently for the entertainment of humans. So, if you plan to swim with dolphins, here are some of the reasons that would leave you compelled to think is it safe to swim with dolphins?

The boat operators usually drop the clients in the water close to the dolphins, increasing the chances of disturbing dolphin’s everyday life and routine. This interference can be harmful especially for mothers with calves. The idea of swimming with dolphins is easy to think about, but don’t forget you are entering their homes as uninvited guests. As a result, your presence may not always be welcome.

Dolphins may look like a happy face, but it’s just the structure of their teeth that makes them look like they’re laughing. Combined and constant physical interaction with people and a noisy crowd put dolphins under a lot of stress. So, don’t be fooled by their smiles. So, next time you see one you know, it could mean much more than just a smile.

For wild, bouncy dolphins who can swim up to 40 miles per day, any captivity enclosure is too small. This space is totally uncomfortable and not suitable for a creature like a dolphin. The enclosure limits their speed, depth, and protection from the sun.

Dolphins are comparatively large as compared to humans, which sometimes is intimidating. The water is home to dolphins, so you disturb them if try to swim close to dolphins. They are robust and powerful. The mothers with calves are very skittish and may react unpredictably, considering you as the threat to its calf.

In such a situation dolphins sometimes attack in self-defense. Such incidents and encounters usually take place in deep waters that have strong waves or currents, which can be frightening or panicking if you are not a confident swimmer.

Don’t fool yourself with the smile, dolphins being wild animals must be treated so. Dolphins are apex predators and are fully capable of killing even sharks. Can you dream of living in a cage for your whole life?

No, we cannot even imagine such a thing. Dolphins when kept for a lifetime in captivity, sometimes get angry or annoyed. Cases of dolphins pushing people into deep waters, biting, breaking bones, among other injuries. Mostly all injuries come by captive-bred dolphins.

Dolphins often get transferred from venue to venue in an effort to breed the animals. Young calves separate from their mothers often before they are of suitable age. This way they are not able to learn useful lessons they need if they need to survive in a pod. This way dolphins of different pods and of different dialects are forced to live in tanks together.

Tank aggression is certain and severe, where sometimes dolphins try to hurt each other and show different signs including ramming into other dolphins with their rostrums, jaw popping, biting, and leaving rage marks.

Here, in this post, we shared some points with you that should help you in deciding on your own, IS IT SAFE TO SWIM WITH DOLPHINS? We stayed unbiased and have shared points keeping in mind the perspective of humans and dolphins.

Dolphins must be taken lightly because of their smiley faces. Nobody likes to spend their lives in captivity. If we keep in mind the perspective of wild dolphins, nobody likes to be disturbed by the presence of intruders.

Attacks are more common than you think. In the essence of raising the revenue of the entertainment industry, the predatory nature of dolphins is mostly ignored. This creature is capable of inflicting serious injuries.

They are known for butting the people. Cases have come to the light where the trainers are also injured by the dolphins. So, don’t think you would be safe. Dolphins are meant to be in oceans, not being tamed in water tanks.

These beautiful creatures are kept in space that is 200,000 times smaller than their actual home, which is the ocean. The tanks, a far cry from the natural habitat, which they don’t get to be a part of, include plants, beautiful coral reefs, and a diverse animal life with which they can interact.

So, it is better to watch these magnificent and intelligent animals from a safe distance. This way you would be able to see their true behavior in the natural habitat. So, would you like to take a picture of a dolphin who is free and truly happy? Or with the one who is in captivity and follows the rule because they get fed in the name of rewards. Hope so we have answered your question, is it safe to swim with dolphins? 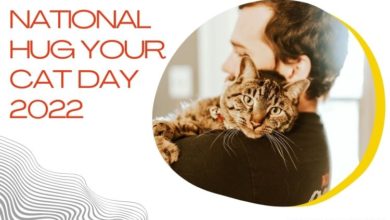