What is a circus?

In general terms, circus refers to trained people and animals too doing various activities. Different stunts performed in the circus are like a treat to watch. Many people love to watch the circus, especially children.

However, these stunts are quite risky for people working in a circus. That is why only highly trained people can perform in the circus.


As far as the circus animals are concerned, there are different animals working in the circus. These animals are trained from a very early stage of their life.

There are different types of circus animals perform various breath-taking stunts in the circus. However, the use of animals in the circus is almost banned now, especially endangered animals.

Some common types of circus animals that we used to see performing different stunts are as follows.

The elephant comes under huge types of circus animals with a calm nature. Asian elephants were quite common in circuses.

Elephants are very intelligent in terms of following the instructions properly and in the circus, it is very important to follow instructions.


Elephants use their truck widely for performing almost every activity such as for the smell, for picking up food, to suck water, etc. In the circus, the diet of an elephant is quite high as per its size.

It eats fruits, vegetables, bread, hay, and approx. 30-50 gallons of water every day.

We resemble danger with theses animal i.e. tigers or lions. Yes, everyone gets goose-bumps when we speak or see a tiger or lion even in the zoo.

Big cats are one of the dangerous types of circus animals. Now just imagine the trainers who train this dangerous big cat for circus performances.

Well, the Bengal tiger is the most featured species of tiger used for the circus. Bengal tiger can be found in numerous colour combinations such as orange, black, white, etc.

However, the tiger has become an endangered species now due to various reasons such as destruction of its natural habitat, killing for different commercial uses, etc.


Mostly the tigers used for circus performances were bred and born in captivity but still, there is a risk factor always involved in working with these big cats.

Moreover, during their performance in the circus, the trainers used to monitor them behind the barriers for the safety of the audience. The average lifespan of a tiger is up to 20 years in captivity.

Primates include lemurs or chimpanzees that were also used for circus performances. As primates have similarities with humans, hence they have a high level of intelligence.

Their high-level intelligence makes them quick learners. The primates used to learn quite early as compared to other types of circus animals. Some primates like chimpanzees are also an endangered species and are almost close to extinction.


The common breed of horses found in the circus is Arabian, Friesian, Standardbred & miniature horses. The horses working in the circus are quite social-friendly types of circus animals.

They perform various stunning stunts in the circus. As horses have very good eyesight, smell and hearing sensation, hence if trained properly can become a very good performer in the circus.


Horses are very good at following instructions, that is why it is quite easy to train them for the circus. As far as their diet is concerned, horses feed on grass and grains. The average lifespan of a horse is up to 30 years.

Zebras also belong to the horse family. They play a vital role in the circus. The average size of an adult zebra is approximately 7 ½ feet long, 5 feet tall and weigh up to 770 pounds.

They possess very good hearing sense and they also have powerful eyesight.


Zebras live in herds of few members or sometimes it may include up to 100 members. One very interesting fact about zebras is that each zebra has a different pattern of stripes on their body and no two zebras will have the same pattern.


Zebras are the beautiful looking types of circus animals. When zebras perform different stunts in the circus they just appear more than amazing.

Birds are also an important part of different types of circus animals. There are different colourful birds like parrots, peacocks, doves, cockatoos, etc. that used to perform amazing stunts in the circus.

The birds in the circus mostly feed on grains, vegetables, fruits, etc.


Apart from these, there are many other animals used in a circus such as rhinoceros, hippopotamus, camel, donkeys, bears, etc.


In spite of various marvellous stunts and performance, the use of animals has been banned in the circus for a very long time. There are various reasons that lead to the ban on different types of circus animals.


Causes for banning animals in the circus –


One of the main reasons for banning animals is cruel training techniques. The trainers used to train different types of circus animals using cruel and painful training sessions.

The circus animals also used to travel long distances for a very long period of time. Due to the lack of rest, the animals were not able to perform well in the circus.

The poor performances of the circus animals lead to the bad behaviour of trainers towards them.


The wild animals live with freedom in their natural habitat and they are socially active in their wildlife. On the other hand, different types of circus animals have to go through social isolation and lack of liberty.

Living in cages, these circus animals forget how to behave naturally and they only follow the instructions of their trainers.

The use of animals in the circus also involves risk for the safety of the audience. As these animals are wild animals they can get angry at any time and cause harm to the audience.

As animals are also an important part of our ecosystem, hence it is our responsibility equally to protect them from extinction.

Thus, be a part of wildlife conservation and protect the animals (especially endangered animals) for the upcoming generations. 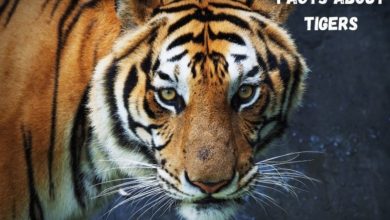 Animals And Their Homes