The elephant is one of the most pleasant and intelligent animals on the planet. They are the largest animal living on land. So being unique for their ivory tusks they are hunted & used and abused for loading logs.

Every year since 2012 a special day is for this magnificent, huge wild animal which is famous as World Elephant Day. The goal of Celebrating World Elephant Day is to create awareness about these amazing animals.

World Elephant Day was found on August 12, 2012, by Canadian filmmaker Patricia Sims in collaboration with the Elephant Reintroduction Foundation of Thailand.

It was an initiative of HM Queen Sirikit of Thailand.  World Elephant Day represents the urgent predicament of African and Asian elephants.

Since then, World Elephant Day has been celebrated throughout the world and to this day more than 100 organizations have reached countless people across the globe. World Elephant Day shows that elephants are loved and deserve a respectful life.

World Elephant Day provides the platform to different organizations and people to give voice to the issues endangering elephants.

This collective initiative gives policy-makers, politicians, citizens, and governments a way to create conservation solutions that will provide a haven for elephants, wildlife, and their future generation to cherish.

This society circulates and creates information related to elephant conservation worldwide. This information is spread through different platforms such as social media, teacher’s guide, and websites because elephants are endangered.

Some of the species of elephants are on the verge of extinction because they face threats like habitat loss, poaching, conflict with humans over shrinking resources, and mistreatment in captivity. World Elephant Day provides an opportunity to raise your voice about these threats.

It is the day where you can educate people about this largest land animal, share your concerns, suggest solutions for the betterment of elephants, and donate to protect these tusked mammals. Teachers can educate children through activities about the conditions of elephants because it is today’s demand .

It was the second time the WED was celebrated. This was the reminder to the people around the world about the danger elephants are facing in. So, the objective is to unite people for the rightful cause of protecting this unique wild animal.

The David Sheldrick Wildlife Trust organized the International March for Elephants on Oct 4, 2013, it was part of the “I Worry Campaign”.

It took place in 13 cities around the world, amongst which the March for Elephants San Francisco was the most active because many volunteers and advocates took part and marched for the movement of elephants.

Many organizations across the globe came together to protect elephants from illegal poaching and the danger elephants are facing. According to a report by CITES(Convention on International Trade in Endangered Species), twenty percent of African Elephants will die due to hunting and poaching in the coming ten years.

So looking at the current scenario if not protected now, it is the believe that only 400,000 elephants survive in future.

Many organizations came forward to join hands to protect elephants such as Gabby Wild Foundation who made an elephant theme photograph for world elephant day.

The fourth annual world elephant day held on the 12th of August 2015 anchors on protecting the Asian and African elephants.

Because of creating of awareness about the WED in past few years it has resulted in joining many organizations for the cause of protecting elephants in the world.

It has resulted in reaching out to millions of people and connecting all countries towards a single motive of safeguarding the elephants.

In 2016 the WED chose Elephants of Asia as they are declared endangered. According to the educational website, Bagheera around 200,000 elephants remain in the Asian continent.

It is estimated according to a report in 2016 by the CITES(Convention on International Trade in Endangered Species) that PIKE (Proportion of Illegally Killed Elephant) has dropped the elephant population to its lowest since 2009 around 5 percent.

The study from the save the elephants research team in China, recorded the 50% price drop of ivory products between 2014 and 2015. Because of it many people avoids ivory products now.

This year it was the 6th World Elephant Day which has made a noticeable impact in creating awareness for elephant protection. Because of it China has declared that it will ban all ivory-made goods by the end of 2017 to protect elephants.

In 2017 the major focus is on the Asian elephants as more than 3,000 elephants are in captivity and are suffering abuse.

The World Wildlife Fund took part in celebrating WED 2017 by creating a theme named Be Elephant Ethical or (BEE). The creation of such events makes a huge impact on people to join the cause of saving elephants around the world.

Around the world, many countries organized events for the WED 2018. Some of them are below.

WED organization conducts many events in collaboration with various organizations of the world on 12th August 2019 which are here below.

Due to COVID 19 pandemic, the world was not able to celebrate WED. But, we have not let the motive down for protecting elephants.

We love and care for the well-being of elephants around the world, so will continue to raise awareness for protecting elephants.


The preparation for World Elephant Day 2021 has started and you can be a part of the celebration by raising awareness about the threatful condition of elephants and educating people.

If you have planned for any special event to make World Elephant Day 2021 more special then send all the event-related information to [email protected] Be a part of this important day on the 12th of August 2021 and make a difference.

How to contribute to celebrating World Elephant Day in 2021?

It is people who make the WED every year so important and successful. Due to their participation this celebration has a purpose  for elephants. We must continue our support for this noble cause and make more people aware because they need our help.

Below are some useful ways in which you can contribute to the WED.

Some Interesting Facts About Elephants

Elephants are one of the most intelligent animals in the world. The motive behind the World Elephant Day celebration is to encourage various organizations aound the world. Its our mission to protect elephants and make elephant sanctuaries.

Protecting elephants around the world will help in maintaining balance in the ecosystem. It is up to us to save elephants from extinction by educating people. So you can help elephants in the world by not using ivory-made products. 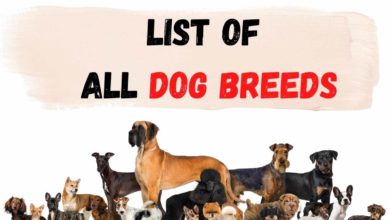