What do Baby Robins Eat

It might be possible you found a baby bird and you cant identify the baby bird, it might be a Robin. You must know What do baby robins eat? When do baby robins leave their nest?  How long do baby robins reside in their nest?. So if you are confused about which robin you came across? This article will help you as we will explain all about Robin Birds.

Have you ever seen little, birds flying in your surrounding, different colors, almost the same size and wondered.  What Bird Species are they? Where do they live? Do they migrate? We will explain all the questions that people have about these beautiful little birds called Robin.

Before we shed some light on the details related to robin birds. Firstly, clear your doubts about these beautiful birds, you must understand their different types because each one of them has different colors and live in different regions, they have different characteristics as well. Robin Bird has more than 10 subspecies.

It is a migratory bird. The males in this species have a bright redbreast. They migrate from Canada to Central Mexico along the pacific coast. The baby robins leave their nest after 14 to 16 days and are cared for by their parents for up to a month even after robins leave their nest. They have generally 2 or sometimes 3 clutches of eggs each year.

Black Robins are threatened species that reside in Chatham island off the east coast of New Zealand.  Almost brownish-black in color. It is believed due to the lack of predators on the island its flight capacity is somewhat reduced. In the early 1980s, only 5 Robins survived but were saved from extinction. The last female named “old blue”,

The eggs of black robins formed cream in color with purple splotches. The female incubates the eggs for up to 18 days. Young robins stay in the nest for about 23 days but even after leaving the nest, the parents feed them until they are 65 days old.

The clay-colored robins are prominent birds in central America. Also named as the national bird of Costa Rica. The clay-colored robin has a chest brownish in color with a throat faintly streaked. They lay pale blue eggs with red-brown and Gray markings in a clutch of 2-4 eggs.

They are inhabitants of the coolest parts of south-eastern Australia. and Tasmania. Flame Robin is known as flame-breasted Robin because the males have bright orange-red throat and chest.  The plumage of the female is greyish brown. The clutch of flame robins consists of 3or 4 eggs with dull white color-tinted blueish, brownish or greyish and splotched with dark grey-brown.

Females of this species incubate the eggs for around 17 days. Parents feed the nestlings for up to 5 weeks after robin leaves their nest.

They are very different in their appearance with a brown back and head, orange-red breast. In some places, European Robin also named chat. The female lays eggs in clutches of 3-6 and incubates them for about 14 days. They are white in color with brown speckles. These robins leave their nest almost 14 days later.

These dull-colored birds with dark olive chest, darker wings and tail, and paler throat reside in the highlands of southeastern Mexico south to Panama. These robins prefer to live in tall mountain forests. The clutch typically consists of 2-3 eggs having beautiful blue-green combination eggs. They build their nest at a height of 10-40 meters.

Some might think baby robins are born hairy, eyes closed but it is not so. The newly born robins do not have hair with their eyes closed and if you’re wondering about the weight? Let us tell you that an average newly hatched robin weighs approx 5.5 gm. The first egg is hatched 12-14 days after the last egg was laid. Eggs generally hatch every day in the laid order.

What Do Baby Robins eat?

In their natural environment, for the first four days, its parents feed the baby robins partly digested food by regurgitating it. On the 5th day baby robins are given earthworms by breaking them into smaller portions. Baby robins eat more day by day and soon they are given whole worms and larger insects by their parents.

Now if you’ve come across a baby robin that fell out of its nest try to put it back in its nest if it’s nearby. If you have found an injured baby robin during the flight or any other reason, here are the few things you need to keep in mind. You can feed mealworms, earthworms, or grubs fruits and berries too.

A parentless baby robin if left before 2 weeks of age will probably not survive. Robins are not like other birds, they never consume bird food. They live on the invertebrate animals as their food such as grubs or fruits and berries. So you can feed them till they are not able to take care of themselves.

If the baby is newly born use a dropper or a forceps to give them food. If it is a fledgling feed the baby robins full earthworms if it is a nestling feed them by cutting the earthworm.

Place meal on the ground in an area well protected from any predators. You can also cut up fruits and berries such as strawberries, apples, and blueberries for feeding them. Baby Robins may eat them at the end of the day. Continue to offer them food till they are fully able to find their own food and survive on their own.

How Long do Baby Robins Stay in the Nest?

You probably found a baby robin and have been taking care of it for a few days and you’re wondering, how long do baby robin stay in the nest? Or how long will it take for them to become self-sufficient? Well, a baby robin usually leaves its nest when it is 13 days old. Within 24 hours the nest is empty. So, if you were watching them in their natural habitat, what will you see? what does a fledgling need to learn?

Each cloddish baby flaps and flutter its way to the ground. Once it comes to the ground it has the space to run and flap its wings as it builds legs and wing’s strength.

The fledgling is defenseless, they hide in the grass and their speckles act as camouflage to hide them. They are safer once they build their strength and agility.

Baby Robins do not fly well when they leave the nest, they must build up their strength to become ideal fliers. As flying gets better they are led up by their fathers to the tree at night with other dads and babies. That is how they learn to be in a flock.

The Baby Robins even after leaving the nest, are fed by their parents. The females leave soon to lay a new clutch of eggs. The robins will need to learn from other robins once dad leaves to help with the new nestlings.

Fledgling has many predators such as crows, blue jays, snakes, cats, etc. The young robins look and listen, learning to recognize danger.

Robins eat a variety of foods varying from earthworms, insects to berries, and fruits. At first, they start with the fruits and berries fallen on the ground, once they become experts in flying they also try to steal from other robins.

The fledgling becomes strong and independent just after 14-15 days of leaving the nest. By the end of summer, they look like most of the adults, living and flying in flocks, and also keeps on learning from the experienced adults about migration, finding foods in different seasons, etc.

In this post we shared all the aspects of the life of robins, their subspecies, their appearance when they are born, how do they look fully grown, breeding habitats, eggs, their growth, and development from hatchling to nestling, to fledgling. How to keep a baby bird alive? 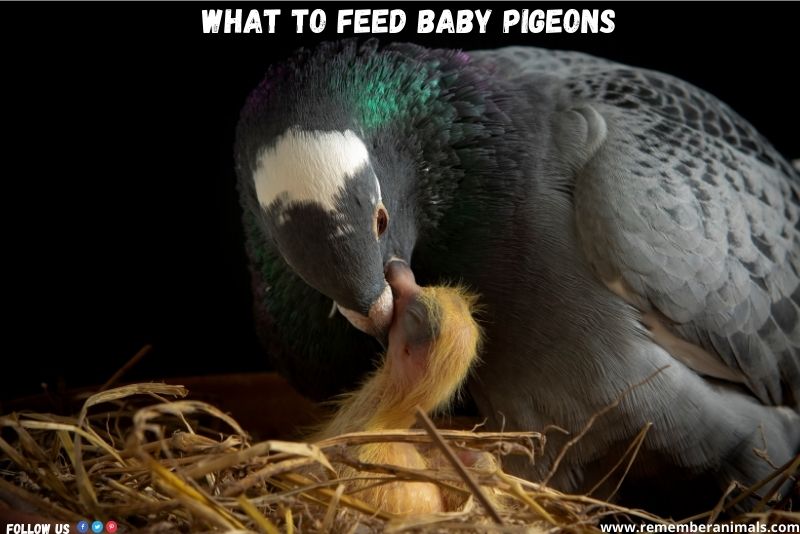 what to feed and how to feed baby pigeons?