What Are Animal Rights?

Since the stone age era, animals have been a vital part of the human lifestyle. They are kept as a pet, used for earning money, for breeding, etc. Animal rights meaning is to impart protection to the animals from exploitation. It focuses on creating a more unbiased world where animals get respect, kindness, and understanding.

But, when these voiceless creatures are abused, tortured, or poached, then animal rights come into existence. Animal rights around the world are different depending on the fauna of that region.

So, let’s get to know about some very important things about animal rights.

When did Animal Rights Around the World Began?

Eastern religions such as Hinduism, Jainism, Buddhism focus on the concept of ahimsa. It means non-violence. These religions stress prohibiting adherents from working at a zoo, non-cruelty towards animals. Such religions forbid silk, as another living being is hurt during this process.

The first animal cruelty regulations came into existence in 1635. Forbidding the tearing of wool from a living sheep. Richard Martin famous as “Humanity Dick” gave another rule.

He passed Martin’s Act in 1822 to prevent cruelty towards the cattle. Later on, in 1824, the world’s first animal welfare charity popular as the Royal Society for the Prevention of Cruelty to Animals came into existence. Richard Martin was one of its founding members.

The concept of animal rights comes from the book of Henry Stephan Salt. Its name was “Animal Rights: Considered in Relation to Social Progress”.

How Many Animals are Extinct?

Scientists believe that, due to human activity, the world is going through a mass extinction event. Survey reports show that 543 species of vertebrates have gone extinct since 1900.

Species such as the Javan rhino, tamaraw buffalo, and northern hairy-nosed wombat face the critical threat of extinction. All numbering less than 500 individuals worldwide. According to the study done in 2020, more than one-fifth of species would face extinction by the middle of the century.

Need and Importance of Animal Rights

A part of society has the perception that animal is unthinking and unfeeling. As a result, the majority of domestic or farm animals face harsh conditions in captivity. The way animals live in different situations and conditions, it is obvious they suffer from physical, psychological, and emotional stress.

For example, orcas sometimes get antidepressant drugs because they can suffer from boredom and depression in aquariums. Animals in captivity display acquired behavior that is absent in wild animals. It is due to underlying psychological distress.

Another reason that marks the importance of animal rights around the world is animal exploitation. Estimations say that the slaughtering of almost 200 million animals takes place for human consumption every day.

Animal welfare shares the belief that humans can use animals as long as they treat them respectfully. It promotes the practices made to govern the administrations of animals regarding their use for entertainment, food, or research.

On the other hand, animal rights meaning is to stop humans from using animals in any possible way. It is the philosophy revolving around the idea that no human uses any animal, for any purpose. Freeing the animals to choose their homes and their habitats must remain untouched.

The most common justifications given for using the animals lies below:

Rights cannot be based on the ability to think otherwise we have to examine humans if they deserve rights or not. This would mean that babies and specially challenged would have no rights.

The Goal of the Animal Rights Movement

The superlative goal of animal rights is to make animals “beyond use” for humans. It is an initiative that will help in putting exploitative industries and practices including puppy mills, lab testing, and whaling. Documentaries, public demonstrations, and other educational tools are methods that help in raising public awareness.

Promote veganism lifestyle for fulfilling the goal of animal rights. It eradicates the use of products which the animals produce- like milk, eggs, etc. Vegans also prohibit the use of clothes made from animals such as fur, silk, and leather.

Universal adoption of veganism can reduce the animal’s exploitation, resulting in fulfilling the vision and goal of animal rights.

A broad cultural shift is necessary among many Western cultures to display animal rights meaning truly. First and foremost, people need to accept and understand that an animal also has feelings.

No animal is put on this earth for human use. Elimination of speciesism along with orthodox thinking, that animals are nothing more than mindless automatons. set the future conservation rules that help to fortify the way for legal rights.

Animal rights meaning and moto are not complete till the rights do not get legal acceptance as other-than-human animals. A haven free from human mistreatment is still far off.

Animal rights around the world are making progress in raising awareness among people. As more people come to realize and understand animals and the agony they endure from humans, hopefully, the change will speed up. 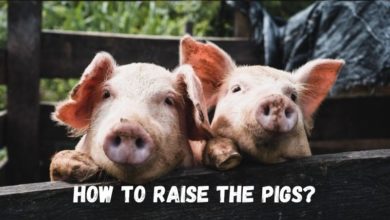 How to Raise the Pigs?

Can you have Goat as a Pet?